February 10, 2010
I went to the Nott Tuesday event last night. There were some interesting points raised about who owns data about you and how it is used. It's a difficult subject for me because I find it a little tiring. In fact I find it very hard to write about, so I will make it brief. 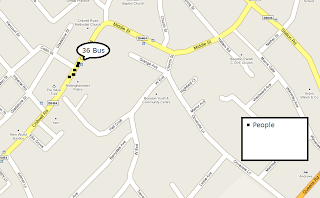 The presentation was about the "man" coming down on you and taking all the data they record about you and using it for purposes that you may not want / agree to. Ah ok, I don't like the sound of that. Mmm ok so there is a problem there but surely the best way to sort it is to just firm up the Data Protection act and legislate in favour of the people whose digital information is stored. In addition to this, if you are collecting certain data they could insist that you sign up with a register (list of companies) that do collect data, or it could be a voluntary thing but people would lean towards sites and services that are members of DatSecure (my new name for it). Once we had this then these companies could be audited. Obviously the web can be border-less so there would need to be a little bit more thought put into it then that. I'm an ideas man not a details man so best to leave the legal discussions and details to others (some sort of slithering administrator creature with no technical / artistic skills).
He did make some good points though about collective movement. That was really interesting. I think they already use some technology like this in large shopping centres where they track mobile phone movements (they don't record all the details they say). However people were not overly keen on this. But if there were assurances such as audits on the data collection then that could possibly give people the confidence to accept it. The idea would be that if a group of people were moving down the street in one collection, clever software would know that about that time and on that street the number 36 bus was supposed to be there. This would be achieved by collecting live information on how the bus was progressing from individuals phones on the bus.

Like I said, it was interesting.. I don't think it is the best idea though. I would just prefer to see trackers on the bus enforced by legislation so they had to do it. If I was using the buses every day I would even probably pay a small fee for the live information.
Ultimately the argument is purely academic because as we all know, Robots will inherit the Earth about the year 2020 anyway.