November 27, 2009
On Wednesday me and my faithful sidekick Adam went to the IET Annual Prestige Lecture.
To cut a long story short I have prepared the evening in the form of a flow chart. I think it more clearly sums up the evening...... 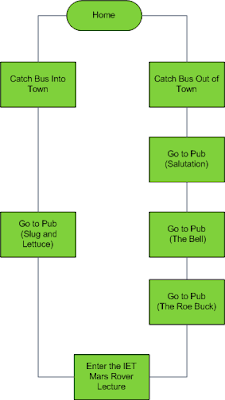 After looking into the facts I realised this night was possibly less about the IET Mars
Rover lecture and more about going to the pub. However, I couldn't be sure on this fact and would have to analyse the evidence further by a second trip into town to see the IET Mars Rover Lecture. As the lecture is an annual event I shall perhaps put it on the back burner. 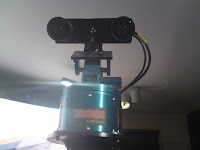 Ah the lecture. Held at the Royal theatre (the well known bastion for the Notts intelligentsia), there was a fairly dissapointing turnout really.The hall was only about 1/2 full and 3/4 of that 1/2 were old boys in smoking jackets. I didn't let that bother me particularly, nor the fact that I had forgotten my glasses and that me and Adam were sharing his when important slides came up (a ridiculous accomodation because I can barely see through his). What did bother me was the speaker. The poor devil clearly had the jitters at speaking to so many people. It perhaps sounds cruel but what do I care? What's more cruel is having to sit through 2 hours of mad bumbling and sputtering. I hid in the toilet for half an hour in the middle of it and Adam informs me he tried to sleep but couldn't. 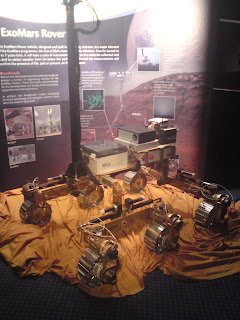 It's strange. Robotics is my life but this one man and his mad mumbo jumbo almost put me off it for life!
The only saving grace was the amount of up close and personal pictures I got of the Mars Rover. I was quite surprised how many open wires were on the Rover and why weren't they run through the Steel Chassis. I decided to assume it was the show model and not the final model as it also had a Wifi adapter sitting on the top of it. I like the eyes of the Rover which looked very like Johnny 5 from Short Circuit. It was strange really, there wasn't any security and the Rover wasn't behind glass and I was the only one there so I got to touch it and take some photos with it. I am expecting Robo Babies any time now.
This was a video of the robot. Taken on my phone. Not the best quality sadly :-(