The Windows 7 Experience Up to Now

October 29, 2009
Ah well, I have been running Windows 7 now for a good couple of weeks so thought it may be prudent to breifly share my experiences.

The big obvious difference is the task bar, the programs have now been grouped together underneath icons which can hold several instances of a program (for example a load of Excel workbooks under the Excel logo or a load of IE windows under the IE logo).

I think I really like this feature. I say I think becuase just recently it has been annoying me a little bit. It definitely means you can have lots of different programs open without the desktop and taskbar feeling to crowded, the only thing is it turns some jobs into 2 clicks from 1 click. Now I'm no maths wiz but that means twice as many clicks... Still, overall I do prefer it so I ought not to winge.

Another great feature is the Window snapping. Microsoft have been pushing this tool in the adverts on tv I noticed. If you drag a window to one of the sides of the screen it resizes the window into exactly half the screen. Great if you want to compare 2 documents. This feature doesn't work on the join though when you have 2 screens. I suppose the aurgument is you can compare the documents with 1 screen each.

Just a quick note is that I have 32bit installed at work but have gone for the 64bit at home. I would recommend the 64bit version to anyone on a Core Duo 2 processor. It really is very quick and I have not had any problems with drivers ect.. (then again I don't buy cheap ass peripherals from crappy companies with poor driver support). 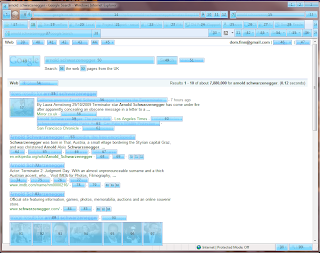 One of the things I have really been impressed with and have been having loads of fun is the voice recognition. With time and training this is working out to be a great tool for me. You can use commands such as "Open Internet Explorer" and it will open IE. This also works with any other program. I managed to navigate to the BBC website and then the news and the technology section by just speaking. If you can't get to the bit on the page you want. You can say "show numbers" and you are shown the list of numbers. Simply say one of the numbers and then OK and it will go to that link which is pretty cool you can also use of grid by saying Mouse Grid. You will see a load of numbers and you say the number 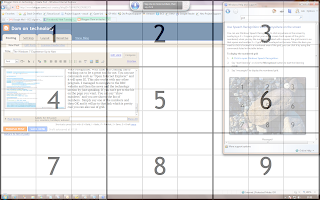 where you want to click on the screen. The grid then shrinks to that number until you boil think this is a great feature for people with disabilities especially.

You probably won't believe it but im actually writing this article using voice recognition. It does take some getting used to still and it does get a couple of words wrong but I've managed to write this hold article without much of a problem. Of course it gets mixed up with some of the words. But learns as it goes. I expect great things for this technology in the future!

I mentioned in an earlier blog about home automation and speech recognition and now I have been using this I am very excited about the possibilites. Hoorah!