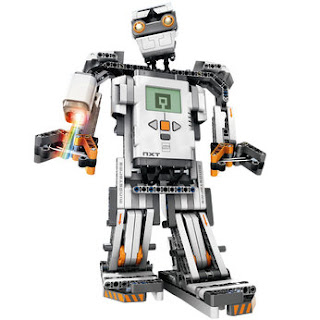 By the gods themselves I have been a busy boy lately!

The teaching has been going well. I have been teaching A2 Computer Science at a nearby 6th form college now for coming up to 3 weeks. It has been quite tough in that I have had to relearn things I thought I would never have to know again and some of the things covered in it I don't think I ever did cover.

Up till now I have just covered abstraction, interfaces and Algorithms and how to measure them (Big O Notation and things like that). I was quite nervous about teaching some of the content as I am not very confident with my maths. However the kids on the course are very switched on which takes the heat off me a little bit. The official book for the course is this. In general I wouldn't recommend the book. It over complicates things and uses fairly poor examples. It also has some of the nastiest psuedo code I have seen. They should have just gone for machine code it would have been more readable!

Apart from the teaching I have been quite bogged down with a fairly sizeable VBA project which has begun to bore me as I have been stopping and starting it for 3 months now. It has been counted as one of the less critical jobs to do so whenever we run out of time in the monthly iteration it gets pushed back. The problem is there is a certain amount of time wasted getting back into the groove of a project that you had top drop tools on 3 weeks ago.

In addition to that I am just starting my Msc in Intelligent Systems @ DMU. I have decided to just take one module per semester at the moment becuase of the tight schedule ect.. I think this will help me as well when it comes to some of the fuzzy logic problems ect.. I don't have a problem with the concept of it really but some of the notation in it gives me a nosebleed!!

The thing that upsets me most is that although I have started the Msc and I finally have an excuse for the Lego Nxt Robot AND a new Lego Nxt has just come out!!!! I am so financially stretched at the moment that I simply can not afford it. I am hoping that after Christmas (Or maybe for Christmas Leanne......) the Robot will come to me.

HrlD said…
You should have put more about how switched on your students are. Also, do you have a link to the junior programmer exams?
30 December 2009 at 13:59