Ubuntu Server or not 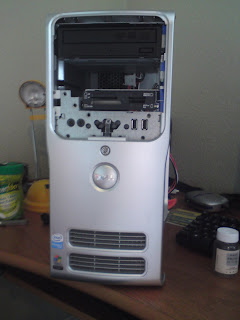 Ah I really want to have a mess about with a LAMP set up as I have no experience of setting one up or of working with PHP. Not that I want to move into that realm properly as I love ASP.NET stuff too much I think (even though some peeps would say that the Drag and Drop stuff is evil).

I think a basic appreciation of the dark side would be really good as if I ever wanted to host my own stuff I could save a serious amount of money buy using PHP instead of ASP.NET.

I have a day off today but just don't know if I can bring myself to get busy setting one up. I have a spare computer that is just sitting there waiting to be used. Argh!!! but age of Conan is also so tempting.

Better go and get some coffee and decide. For the time being I am just reading up on some AI theory with Artificial Intelligence: A modern approach it really is a good textbook!

That said I think I am prepared to do anything that does not invoplve tidying up my messy house and doing some washing. The washing machine is currently broken and I need to empty the water out of it (old washing machine water is one of the original machinations of Bealzebob, it smells so bad I begin to cry every time I have to do it. My desk has also got so cluttered that I can barley think. Ugh. Perhaps it is time to get a cleaner. I think it would only be about £20 a week. Might mention it to my fiance later (note to Dom: high five yourself on such a good idea!). 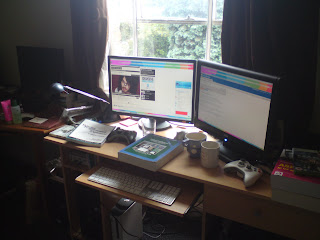